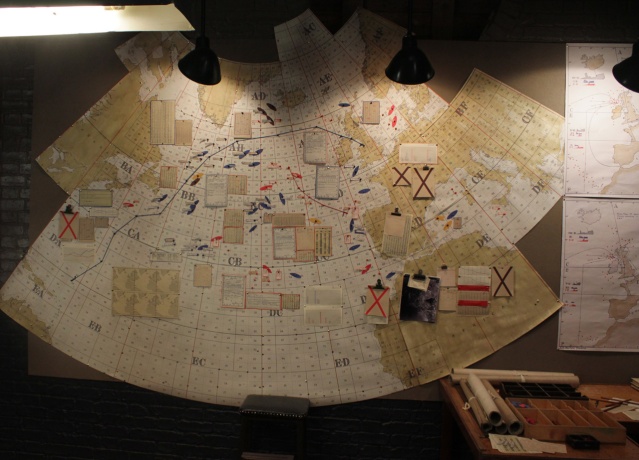 Great article I just found on FastCoDesign about the design company MinaLima that created all the prop documents for The Imitation Game, the excellent film about Alan Turing and the cracking of the Enigma Code. They also did all the paper props for the Harry Potter films, which are amazing.

As a designer who is rather obsessed with design/type/printing of the past, I really admire the skill and attention to detail that they bring to their work. It is very good.

One interesting point that’s raised in the interview relates to how audiences expect props in historical films to look aged, when in fact, they would not have looked aged back in the day. Somehow we only recognise these objects as artefacts – old and yellowed.

The same is true going further back in history, to ancient Roman wall murals, for example. We recognise them as worn and very subtle in colour. The truth is they were garishly bright and if we saw them that way today, we’d likely think they were fake! Interesting.

You can read the interview here:

2 Comments on “Imitating paper history for The Imitation Game”